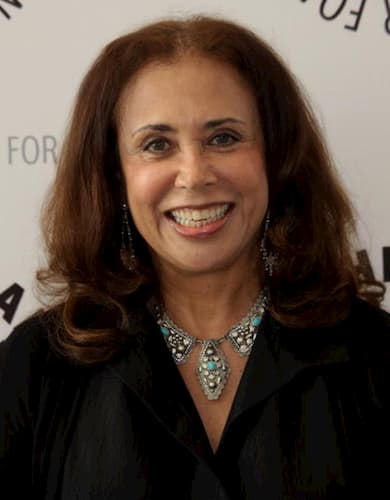 Nichols is also known for her role as High-School Guidance Counselor Liz McIntyre. As an activist, she was involved in the civil rights movement.

Nicolas Lewis is the daughter of Caroline and Otto Nichols. She spent her early childhood in Detroit, but later moved to Milan, Michigan, a small town south of Ann Arbor, after her mother remarried Robert Bergen.

Nicholas has married and divorced three times. His first marriage was to Gilbert Moses. At the time they met, Gilbert was the head of the Free Southern Theater in New Orleans. The couple married in May 1964 at the American Theater in New York. However, they divorced in 1967.

Her second marriage was in 1973 when she married soul singer-songwriter Bill Withers on January 17. Their marriage did not last long and a little over a year ago the couple started having problems.

Nichols told authorities in November 1972 that Withers had beaten her at his motel after threatening to end their relationship over the telephone. However, Nichols refused to press charges. They filed for divorce in April 1974 and finalized in December 1974.

Her third and final marriage was to CBS Sports anchor Jim Hill in 1981. Nichols and Jim met in June 1980 while reading a Sacramento poem. They got married on Valentine’s Day in 1981 but separated in October 1981.

Nicholas also filed for divorce but soon the reconciliation took place. However, the couple parted ways for the last time in 1984. Their divorce was finalized in 1987.

Nicholas stands at a height of 5 feet 6 inches.

Nicholas has an estimated net worth of around $3 million.

Nicolas attended Milan High School, from where he graduated in 1961. While in high school, on August 25, 1960, Nicholas appeared on the cover of Jet magazine as a prospect of a future school teacher at the National High School Institute at Northwestern University.

Nichols made his television acting debut in 1968 with an episode of It Takes a Thief. From 1970 to 1972, she received 3 consecutive Golden Globe nominations for Best Actress in a Drama TV Series. There were nominations for her role as Liz McIntyre in the ABC comedy-drama series Room 222.

In 1978, she played Olivia Ellis on Baby, I’m Back, a sitcom that aired on CBS. She also portrayed Harriet DeLong in the cast of NBC/CBS’ In the Heat of the Night (1989–95). Nichols wrote six episodes of the series, beginning his second career as a writer.