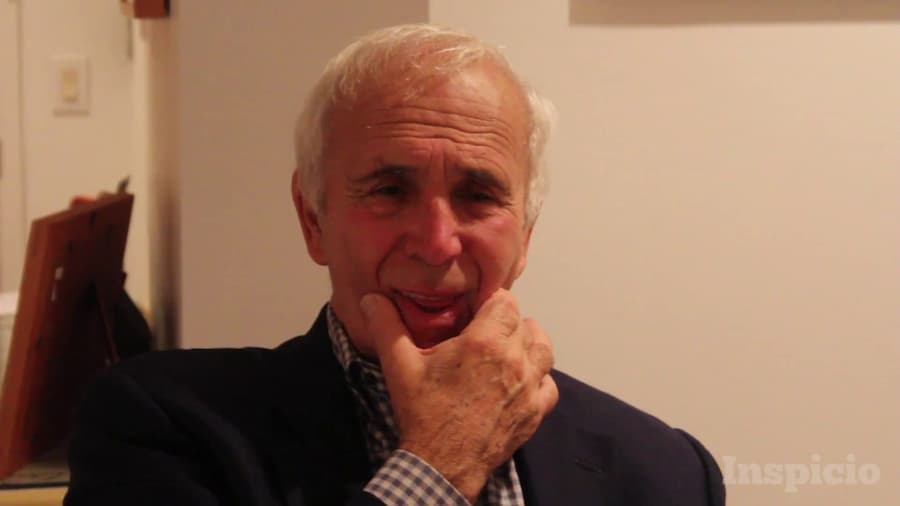 Dean attended BMC Durphy High School. He later graduated from Boston’s Emerson College in 1957 with a bachelor’s degree in English. In 1977, he received an honorary Doctor of Law degree from his alma mater.

Morton belongs to the ethnicity/heritage of Jewish descent. He was born and raised in Fall River, Massachusetts, United States. He holds American nationality and citizenship by birth. Read also: Megan Mullally

Dean was born Morton Dean Dubitsky on 22 August 1935 in Fall River, Massachusetts, United States. He is the son of Joseph Dubitsky and Celia Dubitsky. he belongs to

Dean is married, he currently resides with his second wife Lonnie Reed and children in Ridgefield, Connecticut and Truro, Massachusetts.

He is a proud father of three children, two daughters and a son.

Morton earns a decent amount of money from all his duties as a journalist, writer and correspondent. Hence, there is no doubt that he earns an impressive amount. His estimated net worth is $2 million.

During a six-month assignment in Vietnam in 1971, Dean covered a combat MedVac mission under fire for the CBS Evening News. He shot a seven-minute segment with cameraman Greg Cooke, which aired four days later on the CBS Evening News with Walter Cronkite. Smithsonian Air and Space Magazine published a feature article about MedVac Rescue during the Vietnam War and his experience flying these missions as a news correspondent. In 2015, Dean and Cook produced and directed American MedVac, a documentary inspired by the events of 1971 that reunites the MedVac crew with some of the service members who were rescued in 1971.

In September 1988, Dean joined ABC News as a correspondent, covering the Space Shuttle Challenger’s return to space. Dean contributed to Peter Jennings on ABC World News Tonight and other ABC News broadcasts, as well as Ted Koppel on “Nightline”. Dean covered news events in the Middle East for more than three months in 1990, and was the first television journalist to report from inside Kuwait after the Iraqi invasion. During the Gulf War, he reported from the Middle East for World News Tonight, and he was present in the first ground battle of Operation Desert Storm in January 1991.

He also covered the 1992 presidential campaign. With in-depth coverage of Ross Perot’s presidential campaign, Dean reported on the first US casualties as well as former US President George HW Bush’s 1992 visit to the region of Mogadishu, Somalia, during the Somalia Civil War and Operation Provide Relief. Dean was the lead reporter on the first World Trade Center terrorist attack in 1993. Dean was the first and only journalist to testify and report from inside the garage where the truck bomb exploded, and he later covered the investigation.