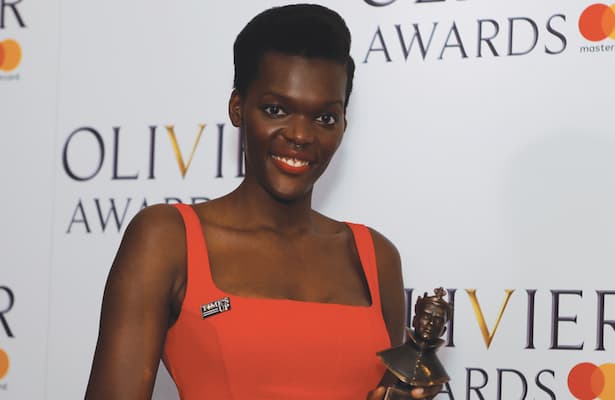 A native of Ugandan, Sheela Atim is a Ugandan-British musician, singer, playwright and actress. He made his professional acting debut in 2013 in Shakespeare’s Globe in the Lightning Child, a musical he co-wrote with his acting teacher, Che Walker.

Atim attended the Coopers Company and the Coborne School. She did some rare modeling as a teenager after she was admitted when she shaved her head for a school prom. She emerged at the 2009 London Fashion Week event, all walks beyond the catwalk, managed by the British Fashion Council to show clothes for “real women”. She then added that “modeling was never a big deal for me. I was unusual in appearance, so I couldn’t go for commercial casting.”

Atim was born in Uganda and grew up in Rainham. Her father is a dentist and when she was only five years old her mother left Uganda with her to seek asylum in the UK. Her father decides to stay behind and Atim has no relation with her anymore. After immigrating to Essex, UK, her mother struggled and then started working in health services.

Being one of two black girls in Rainham, Essex, she faced racism and ‘name calling’ while growing up at the time. No information about his siblings is publicly available. We will update this section as the information becomes available.

Atim has not made his relationship public, it is not publicly known whether he is married or in a relationship. His partner’s information will be updated as the information becomes available.

Atim went to King’s College London where he graduated with a degree in Biomedical Science and trained as an actor at the Weekend Arts Center in Belsize Park, London. Sheila joined a workshop for a new play, The Lightning Child, which led her to be selected by her acting teacher, Che Walker, for her professional acting debut at Shakespeare’s Globe in 2013. He starred in Keira (the physical embodiment of the obsessive-compulsive). Vicar) in Ghost Town at the York Theater Royal in early 2014.

She later starred alongside Ecco Mitchell in Walker’s Two-Hander Cloak’s Last Stand, which was praised for an energetic performance by The Guardian and a “tremendous stage presence” by The Daily Telegraph. In 2014, Atim appeared in Rachel at the Finborough Theatre. She later joined the touring production of Kate Tempest’s Hopelessly Devoted.

She is also known for playing three roles in Royal Shakespeare Company (RSC) productions: Attendant in the Jew of Malta, Julia in Love’s Sacrifice, and Assistant to Lady Political Will-Be in Volpone. Walker’s The Etienne Sisters, which featured songs composed by Atim, opened at Volpone two days before the end of her run.

In 2019, Atim was named one of the cast members of the Game of Thrones prequel series Bloodmoon. Game of Thrones is an American fantasy drama television series created by David Benioff and DB Weiss for HBO. It premiered on HBO in the United States on April 17, 2011, and ended on May 19, 2019, airing 73 episodes over eight seasons. In the film, nine noble families wage a war against each other to gain control of the mythical land of Westeros. Meanwhile, after millennia a force is rising and the survival of the surviving men is threatened.